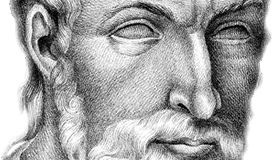 Name of the medicinal product

TRACTOCILE is indicated to delay imminent pre-term birth in pregnant women with: regular uterine contractions of at least 30 seconds duration at a rate of ≥ 4 per 30 minutes a cervical dilation of 1 to ...

Posology and method of administration

Treatment with TRACTOCILE should be initiated and maintained by a physician experienced in the treatment of pre-term labour. TRACTOCILE is administered intravenously in three successive stages: an initial ...

TRACTOCILE should not be used in the following conditions: Gestational age below 24 or over 33 completed weeks Premature rupture of the membranes>30 weeks of gestation Intrauterine growth retardation and ...

Special warnings and precautions for use

When atosiban is used in patients in whom premature rupture of membranes cannot be excluded, the benefits of delaying delivery should be balanced against the potential risk of chorioamnionitis. There is ...

Interaction with other medicinal products and other forms of interaction

Atosiban should only be used when pre-term labour has been diagnosed between 24 and 33 completed weeks of gestation. In atosiban clinical trials no effects were observed on lactation. Small amounts of ...

Effects on ability to drive and use machines

Few cases of atosiban overdosing were reported, they occurred without any specific signs or symptoms. There is no known specific treatment in case of an overdose.

No systemic toxic effects were observed during the two-week intravenous toxicity studies (in rats and dogs) at doses which are approximately 10 times higher than the human therapeutic dose, and during ...

2 years. Once the vial has been opened, the product must be used immediately.

Store in a refrigerator (2°C 8°C). Store in the original package.

Nature and contents of container

Special precautions for disposal and other handling

The vials should be inspected visually for particulate matter and discoloration prior to administration. Preparation of the initial intravenous injection Withdraw 0.9 ml of a 0.9 ml labelled vial of TRACTOCILE ...

Date of revision of the text